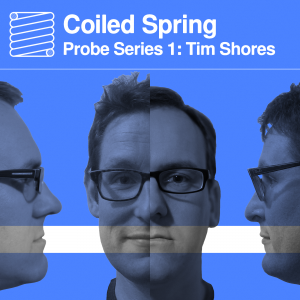 THIS PROG: The Coiled Spring Returns! In the first of a new series of episode of chiastic improvised interviews, my guest is local improv practitioner and father-to-be, Tim Shores.

In the first of two interviews, Homer Winslow hears from composer Jeffrey Peabody about his new musical piece based on the music of the very distant spheres. The conversation covers Soviet scientific endeavors, cerebral recordings and the vagaries of the baton.

In the second interview, Kieran Granger has as his guest the explorer and friend of the avians Kenneth Isaacson, who wants to share possibly the most incredible discovery since Lemuria in 2011. Our new friends have an offer that may save us all!

Don’t forget to leave feedback on what you think of our new direction.

It’s good to be back.