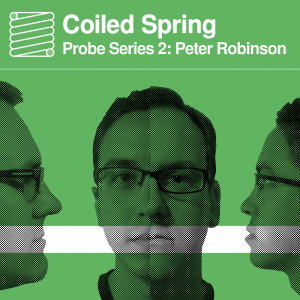 THIS PROG: In the second of a new series of episode of chiastic improvised interviews, my guest is local improv practitioner and ruthless biochemical genius, Peter Robinson.

In the first, Osborn Black interviews Tayler Merrickson about his work as a surrogate test taker, and the supernatural implications of his skills.

In the second interview, Randolph Martins turns his gaze on Maverick Studwick, creator of an amazing new form of origami cuisine.