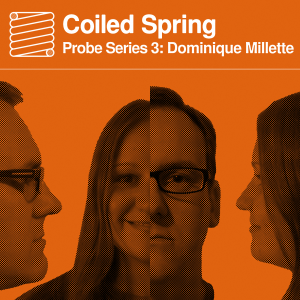 THIS PROG: In the third of our series of episode of chiastic improvised interviews, my guest is a recently-decamped improv practitioner, the delightful Dominique Millette.

In the first, Darell Hass interviews Canadian dog sled champion Haleigh Smalls about her attempts to widen the appeal – and animal options – of dog sled racing.

In the second interview, DJ Bling-T Sugar takes it to the street (or is that avenue?)  and talks to British rap mogul Clem Beringer about his new label and tweed sportswear.

Don’t forget to listen to the end, because at the last minute, we were able to secure a special limited preview track Who’s Who from Clem Beringer’s debut album Primo Geniture!